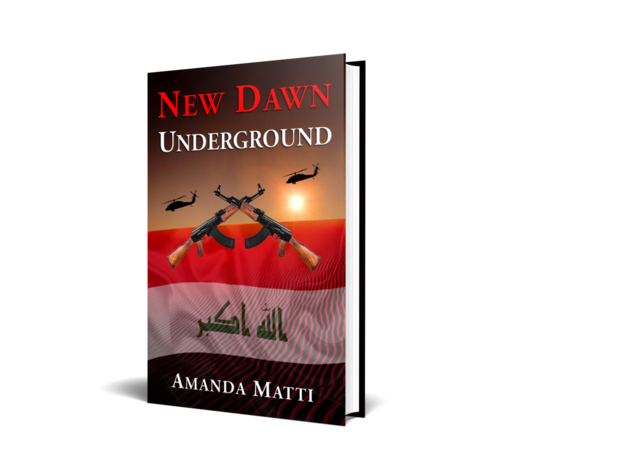 Political intrigue meets romantic suspense in this fast-paced thriller about a female CIA analyst
​who poses as a journalist in Iraq and seduces a high-ranking member of an Islamic militant group.

CIA analyst Elora Monro is devastated. Her Delta Force fiancé was just killed during a failed raid on a terrorist compound in northern Iraq. Now, Elora is hellbent on tracking down the mastermind behind the Islamic militant group responsible for her fiancé’s death—the New Dawn Underground. Posing as a Washington Post correspondent, Elora travels to the Middle East and embeds with the New Dawn militants under the guise of helping the group tell their side of the story to Western media. Driven by vengeance, Elora strives to gain enough intel while on the inside to destroy New Dawn from the inside out.

Prepared to sacrifice her life to accomplish her mission, Elora is wholly unprepared for the enigmatic Zaidan Al-Sadiq, right-hand-man to the militant group’s newly appointed leader. Highly intelligent and intensely brooding, Elora quickly realizes Zaidan is far from a Jihadist extremist, and he helps open her eyes to the complexity of what’s going on beneath the surface of Iraq’s multi-dimensional political landscape. Elora discovers nothing in Iraq is ever black or white and finds herself ensnared in a twisted net of passion, violence, and political fallout. She thinks she’s got it all figured out when her world is once again flipped upside down. Will she listen to what may be the voice of reason in her head, or will she risk everything to follow her heart?

She wants revenge. He wants revolution.
​Together, they will alter the course of a nation.